Home » Blog » Goshavank: a monastic complex where an innovative museum is to be opened.

Goshavank: an innovative museum to be opened at the monastic complex

If you have seen visited and enjoyed the spa town of Dilijan, then you might be thinking about visiting other interesting places in the area.

Therefore, do not hurry to leave the vicinity of Dilijan. There are wonderful monastic complexes not far from the city and you can say you have seen Dilijan only after visiting them. Let’s start from Goshavank, which is 15 kilometers drive from the city, and will take maximum 20 minutes to get there.

Goshavank is a historical-architectural reserve located in the village of Gosh. The monastery was founded in the 12th century by the famous medieval fable-writer and lawyer Mkhitar Gosh, therefore both the village and the monastic complex are named after him. By the way, Mkhitar Gosh has authored the first constitution called “Datastanagirq” (the Judicial Book).

In the 13th century, Goshavank became one of the major religious, educational and cultural centers of Armenia. According to historical sources there was a higher educational institution called “university”. In the center, they taught Armenian and foreign languages (Greek, Latin) as well as law, history, and philosophy in addition to arts, miniature painting and songwriting. Interestingly, people who studied in Goshavank later opened spiritual centers in different regions of Armenia.

As you noticed, Goshavank is a complex, not a separate monastery. It includes St. Astvatsatsin, St. Illuminator, St. Gregory Churches, the bell tower, a book depository, as well as many chapels and cross-stones. Mkhitar Gosh’s burial site is also in the area.

St. Illuminator Church differs from all others by its unique wall frescoes and architectural elements. The book depository bell tower structure particularly stands out from the architectural point of view. Once you step into this place, you realize the light does not penetrate it in its usual way.

The gems of the complex are two “embroidered” cross stones.

The monastic complex also displays ethnographic materials that will soon be presented in the first “smart” museum of Armenia. Creating an innovative museum was the idea of a group of young people. The objective of the project is to introduce the history of the monastery and ancient manuscripts to tourists through an audio guide, “speaking” walls and other innovative solutions.

The audio guide will introduce the monastic complex in several languages. And a “nonstop” screen will display a documentary film about Goshavank. 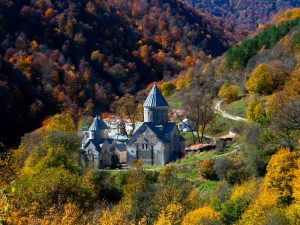 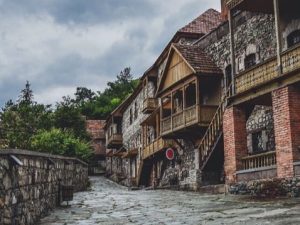 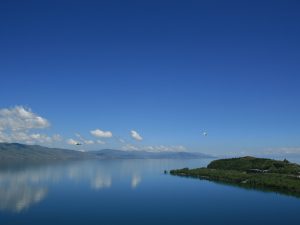 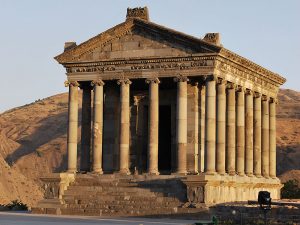